SBC4D is composed of individuals with strong, diverse experience in leading organizations and projects in international not-for-profit, for-profit and governmental organizations.

SBC4D has also a panel of external consultants who advise us on sector specific research where a wider set of domain expertise is essential. Our past and continuing work in Health, Agriculture, Media, eGovernment, financial services & Education has been enhanced by this approach.

Stéphane founded SBC4D in January 2009 and till July 2013, was contracted to act as Lead Program Manager at the World Wide Web Foundation. Stéphane has played an important role in the creation of the World Wide Web Foundation since 2008, launched by Tim Berners-Lee, inventor of the Web. Stephane, as part of SBC4D core activities, is also advising numerous non-profits organizations, commercial companies, governments and international organizations interested in delivering mobile services to under-privileged communities in the developing world. Stephane has a passion for leveraging the power of mobile and Web technologies to empower people in parts of the world where they need it most. Stéphane has participated in different experts panel on the topic of Mobile and Social Development and delivers keynotes and talks in major conferences all over the world coping with ICT4D and the provision of the benefits of the Web and ICT to under-privileged communities.

Previously, Stéphane joined the World Wide Web Consortium, created and still directed by Tim Berners-Lee, in 1995. Leading the W3C Device Independence Working Group from 2001 until the end of 2005, he was a key participant in the development and launch of the W3C Mobile Web Initiative. Stéphane also took part in the management of the Voice and Multimodal Activities. From 2006, he led W3C’s work on the Mobile Web for Social Development group, which is looking at how to extend the frontier of the Web to make it relevant, usable and useful for rural communities and under-privileged populations of developing countries. from December 2013 till February 2015, Stephane founded and led the W3C work on Web Payments. Before W3C and the Web Foundation, he worked in Artificial Intelligence (knowledge acquisition and modeling) at INRIA.

Stéphane graduated from ESSTIN (degree in telecommunications and network engineering), in Sophia-Antipolis, France.

A full resume is available online in PDF

Ingrid is an Anthropologist (PhD) based in South Africa. She has ten years of experience working on women’s rights online, gender data and gender-responsive design & policymaking. Previously, Ingrid worked at the Web Foundation, Women At The Table and the Alliance for Inclusive Algorithms where she led programs, research, training and evaluation on gender equality in technology, data and policymaking, working with partners across Africa, Asia and Latin America. Ingrid is also a Certified Coach working with global and aspiring leaders in research, policy and education on systems change, healing cultures & embodied leadership.

Jenny is a consultant for SBC4D working on digital, data and innovation assessments. She is the chief executive of Strategy Execution Advisers (SEA), which advises governments and social impact organizations on how to achieve their strategic priorities by delivering differently.
Previously, she led the Delivery Support Unit, in the Western Cape Government, with oversight of several priority projects, including the roll-out of eLearning to a million learners.
Before that, she founded BusinessMap, a think tank that monitored the economic transition as South Africa sought to integrate into the global economy, publishing extensively on foreign direct investment and black economic ownership. She also provided transactional advice on black empowerment investments for SA and global corporations, such as JP Morgan, BHP Billiton, Sasol and Discovery.
In 2010, she published a book entitled Trick or Treat: Rethinking black economic empowerment.

Aman is a skilled networker with wide-ranging international experience of cultivating partnerships and building alliances to achieve results across the public, private, academic and non-profit sectors, in Africa, Asia, Europe and the US. Aman works with SBC4D since 2010. Till recently he was a consultant with the Web Foundation. Prior to joining the Foundation, Aman worked as a senior consultant in the India field office of Vital Wave Consulting Inc. Aman has over seventeen years of work experience in designing and implementing ICTD projects in Asia, Africa and Latin America with a special focus on e-Governance and Open Data.

He has produced several reports on mobile technologies including mobile data collection, voice browsing for rural communities, market information systems and use of voice technologies in citizen journalism. Aman was a research fellow at Stanford University with the Reuters Digital Vision Program at the Center for the Study of Language and Information where he worked on applications catering to the rural marketplace in India and Guatemala. He received his MSc degree in Information Systems from the London School of Economics.

Charline is a consultant for SBC4D working on digital, data and innovation assessments. She is an expert in tracking the effectiveness of social and economic programmes in the public and private sectors. She holds a PhD in Evaluation Studies from the University of Stellenbosch.
In her current role as the performance tracking director of Strategy Execution Advisers, she assists clients with the development of outcome driven strategies and detailed delivery plans, the design of indicators and data systems as well as the utilisation of data to support problem solving. Prior to this she worked in the Delivery Support Unit, based in the Western Cape Department of the Premier. This unit was responsible for the implementation of six Provincial priorities, called Game Changers, under the direct oversight of the Western Cape Premier. She also led the development of the Green Economy strategy in the Western Cape Province, as well as worked in the Monitoring and Evaluation unit in the Western Cape Department of Economic Development and Tourism. Before government, Charline worked as a senior researcher at a Research consultancy executing various Monitoring and Evaluation projects. 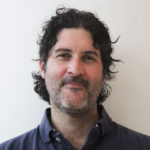 In addition to his academic interests, Francois is the managing director of COMPRESS.dsl, and a trustee of the African Minds Trust. He is a native of Cape Town, South Africa, where he currently lives. 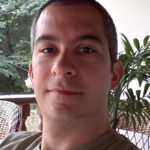 Carlos is an Open Data advocate and Open Web Standards enthusiast that put together both passions to participate in the development of global pioneering Open Government Data methodologies.

He brings extensive hands-on experience acquired by the setup of more than twenty local, regional and national Open Data projects and initiatives all around the world, including the strategic advisory and technical management of the Open Data initiative in Spain, awarded as the most user friendly in Europe, or the complete redefinition of the ePSIPlatform action plan, the European One-Stop Shop on Public Sector Information re-use.

Prior to joining SBC4D, he served as Technical Advisor at the W3C Spanish Office and as Senior Web Consultant at CTIC, a research and technology centre, where he was planning and developing research, consultancy, and outreach projects devoted to make a better use of the Web on various fields like Open Government, Open Data, Web Accessibility, Usability, Mobile Web, Device Independency, W3C Standards and the Semantic Web.

He has also been an active member of several global communities related to Web Standards, Open Government and Open Data since long ago, such as the Web Foundation, the World Wide Web Consortium or the Open Knowledge Foundation, where he enjoys exploring new ways of using the Web to improve our life, and breaking new grounds that will contribute to make progress through an Open Web everywhere and for everyone.

You can also find him at twitter, linkedin and his blog, where he regularly writes (in english and spanish) about Open Data, Web Standards and the forthcoming Web. 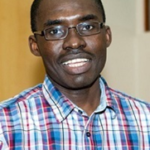 Siaka is an experienced statistical analyst with more than 10 years’ work in African data. He worked as a statistical analyst, team leader, coordinator, statistical advisor and researcher in several projects in the continent. Siaka participated as statistical team leader and analyst for the World Wide Web Foundation. From 2006 to 2009, Siaka was a principal data analyst at the National Institute of Statistics and Demography (INSD) in Burkina Faso.

Vivek is a technologist and open source evangalist since his teenage days. Currently he is developing Openbits which is an opensource cloud based open data platform. Prior to working on openbits, Vivek used to head an open source consulting firm SOundSource Consultancy where he was responsible for development of various enterprise solutions using opensource technology stack. He has experience in building software applictions for various domains such as Telecom,CRM,EHR and mobile applications. He has also been involved in software training for opensource. Vivek holds a Bachelors in Information Sciences (2003) from Delhi University.

Max joined SBC4D in June 2010 and was acting as program manager of the Web Foundation till March 2013. Prior to this position, Max worked as Web technology specialist for Browser-maker Opera and video startup Joost. Previously, Max spent 6 years at the World Wide Web Consortium, leading activities such as Voice and Multimodal and managing Working Groups such as MathML, XSL and Device Independence. Before joining W3C, Max worked as a computer science research associate at the University of Bath, UK. He holds a Ph.D in Computer Science from the University of Lille, France. 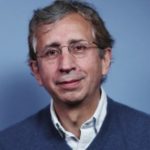 For the past 25 years, Mr. Zambrano has supported the deployment and use of Information and Communications Technologies (ICTs) in nearly 100 developing countries to foster development agendas and promote social inclusion, working together with national governments, the private sector and civil society organizations.

Mr. Zambrano worked for UNDP for over 21 years. Before joining UNDP in 1993, he worked in academia in the United States. Mr. Zambrano holds a BA in sociology from the Universidad Nacional de Colombia and a MA in Economics with a major in Economic Development from the New School for Social Research, USA.

Hania has extensive experience working in the private and public sectors. She was Director of Research at the Mo Ibrahim Foundation in London, responsible for the Ibrahim index of African Governance. Before that, she was Director of the Middle East and North Africa region at The Economist Intelligence Unit – The Economist Group.  Prior to that, Hania worked as an economist at the International Monetary Fund in Washington DC. Before moving to the USA, she worked in investment banking in London and Johannesburg, where she covered emerging markets in Eastern Europe, Southern Europe, the Middle East and Africa.